Solving complex problems in Grand Rapids, Michigan and around the world.

Under the Mountain Software was founded by two like-minded .NET engineers in Grand Rapids, Michigan, each with more than 14 years of experience.

We will take your requirements and build you a rock-solid piece of software; E-commerce, inventory management, communication tools, CMS - if it runs on the web, we can get it done.

We have taken part in every aspect of a technology department. Programmer, Team Lead, Project Manager, Department Manager - we know what it takes to build and lead a great team.

We can bring that experience to you. If you need help building processes, implementing tools, determining the right technology to pursue or how to get there, contact us to consult on how your IT department can really take off.

Think of us as your on-demand CTO.

We're always on the lookout for great new products to get involved in. If you need a web-based prototype of your idea, we can mock it up quickly and efficiently.

Looking to take your idea past prototype and into Phase 1 or beyond, we can do that too. If you need a development team or a technology partner, we can help take your start-up to new heights.

Who is Under the Mountain Software

Since playing Donkey Kong on a miniature arcade machine when he was three years old, Aaron has been fascinated with technology. His love of video games led him to the Computer Science program at Grand Valley State University, where he graduated with a Bachelor’s degree in 2002.

Aaron held programming positions at two companies before joining Mindscape in 2005. There he progressed from Programmer to Senior Programmer to Project Manager to Vice President of Technology. He has worked on all aspects of a project, from quote through completion, but especially enjoys system architecture, database design, and project management. He has built large e-commerce systems, small marketing websites, and helped build and maintain a content management system that has served over four hundred websites.

Under the Mountain Software formed when the right team and right opportunity came together. Aaron has always been attracted to running his own company. He and his wife have run a successful photography company for the last ten years, he has written a dozen stories that can be found in the Amazon Kindle library, and has built small businesses out of websites for tracking softball statistics, running a poker league, and managing your personal library. Teaming with Brian Timmer created a company with a well-rounded skill set eager to do great work. 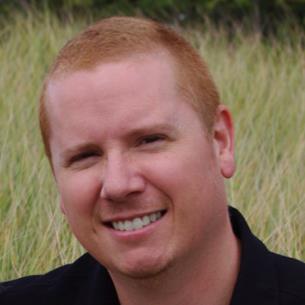 Brian began building websites in 1997 as a Mechanical Design Engineer building and designing automated machinery. After the market changed in 2000, he had an option to continue doing engineering or try out a new field in web development. He chose the latter and started full time in 2001 as a front-end coder.

Since 2001, he’s built up a broad skill-set and worked on projects ranging from simple "static" websites to desktop and mobile software to complex multi-site content management systems (CMS). He’s worked in many different programming languages and many different database systems, but knows that the tool needs to fit the solution, not the other way around.

Holding job titles as varied as "Web Developer" to "Director of Technology", Brian has been involved in every step of the software development cycle: sales and quoting, specifications and design, building and deployment. In a world of specialists, he’s a bit of a generalist.

Outside of technology and work, he likes to hang out with his wife and baby boy, run, bike, backpack, dream up projects and businesses, and has been known to enjoy a local craft beer. He’s also spent many years studying martial arts which, along with his knack of figuring things out, earns him the nickname "ninja". Whether or not he likes having that nickname remains a mystery.

Send an email to hi[at]utmsoft.com or drop us a note.

We'd love to learn more about you and your project over coffee, local craft beer, cocktails, or a Google Hangout.

Some of Our Work