Premier consists of two retail stores, side-by-side, in downtown Grand Rapids, MI. One store focuses specifically on skateboarding and the other prides itself on being one of the country's best destinations for footwear, apparel and accessories.

To get started, utmsoft worked within Shopify to determine the proper collection and navigation architecture to best match what Premier had before and then implemented the plan.

Though utmsoft was able to utilize much of the CSS and HTML from the original design, there was extensive work in Liquid, Shopify’s front end programming language, and javascript to get Shopify to behave the same way the old site did.

Utmsoft was able to quickly get the site built on a development site, port it to a production URL, and worked with Premier as products were added to clean up idiosyncrasies as they appeared. 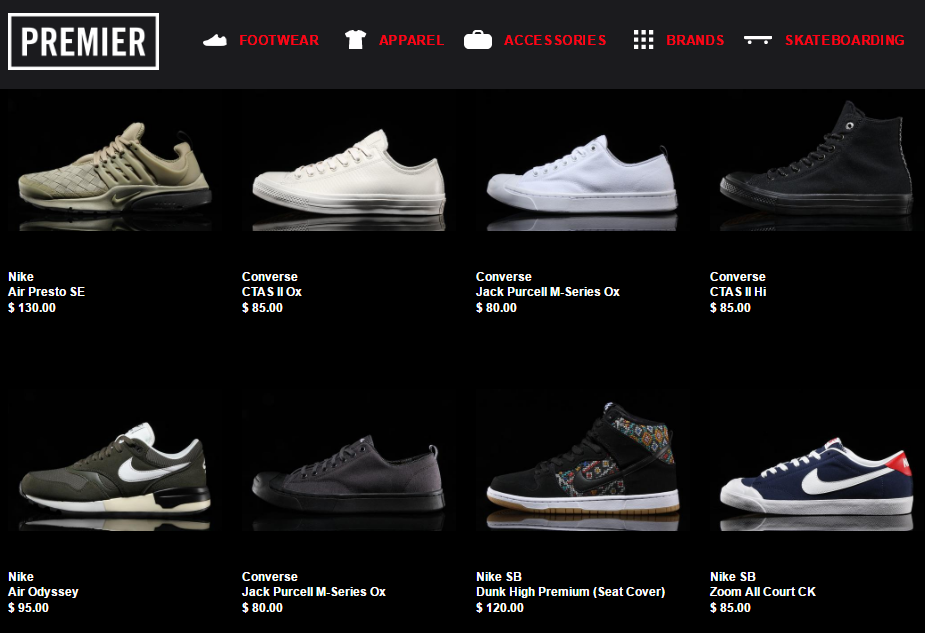 Working with Utmsoft was a very professional experience. Everyone was very knowledgable of how to make the conversion to Shopify and we were able to have constant updates and communication throughout the entire project. I will definitely be using them in the near future to add more functionality as we need it.

Utmsoft enjoyed working with Premier and with the Shopify platform. If you are looking to move to Shopify, utmsoft is happy to get you there. And if you want some great gear, head over to Premier!